I almost didn’t think there would be a tutorial this week. I spent a huge chunk of time going through the paper clutter in my dining room sorting what needs to be kept and what could go to the shredder and at the end of it I was mentally exhausted. So I figured I’d do something fun; we’re redecorating and I want one of those huge farmhouse style clocks to go in the dining room. Bargain shopper that I am and not thrilled with the retail prices on these clocks, I took my $50 Lowe’s gift card and bought an 18″ chunk of stain-ready pine then started looking at examples on Pinterest. I knew I wanted Roman numerals on my clock so those are the ones I concentrated on. But how to get those numerals onto my slice of pine… PSE to the rescue. I thought. 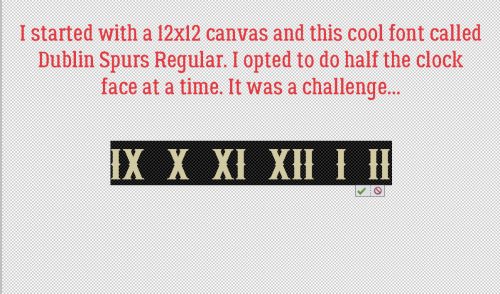 I wasn’t anticipating the number of times I’d have to undo it all and start over. So I thought, “Maybe someone else could learn from my mistakes!” I had already decided I would use the Warp text tool and had to figure out how to bend it to my will. 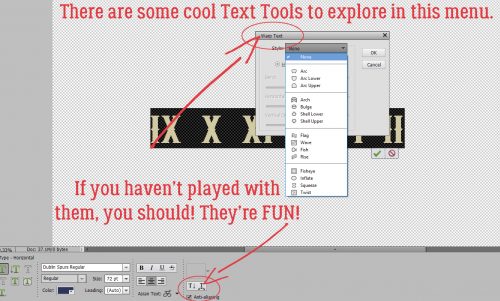 I tried a couple of options from the menu before settling on the Arc warp. It gives a beautiful curve but doesn’t distort the text too much.

To give myself something to gauge the curve against, I used the Custom Shape Tool to pull out a nice perfect circle. The sliders do some crazy things to text! I went all the way over to the right with the Bend slider, but felt it didn’t leave quite enough space between the 8 and 9 or the 2 and 3. So I adjusted back to 94% 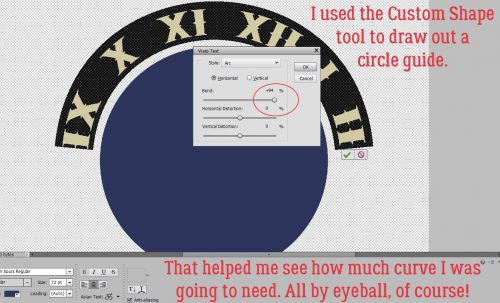 Then I typed out the rest of the numerals and warped them. But something doesn’t look right. I went back to my example on Pinterest and yep… it’s not right. The numerals on the bottom half are backwards. 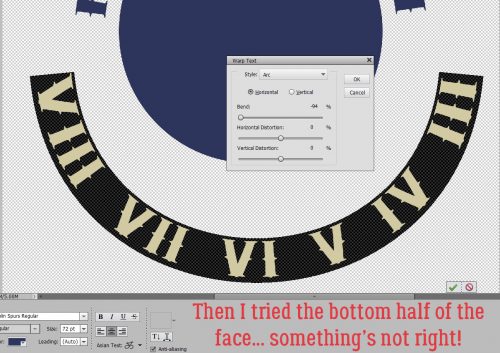 So I deleted that text layer but while I was trying to figure out how to turn the numerals on the bottom half around, I pulled in some Guide lines to make positioning the 12, 3, 6 and 9 easier. 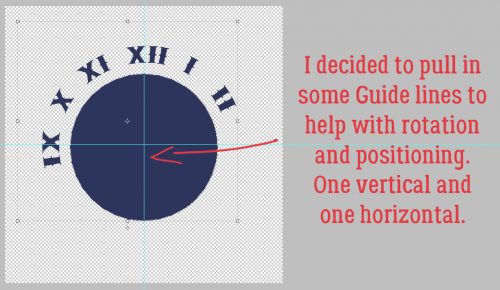 And I tried it again. 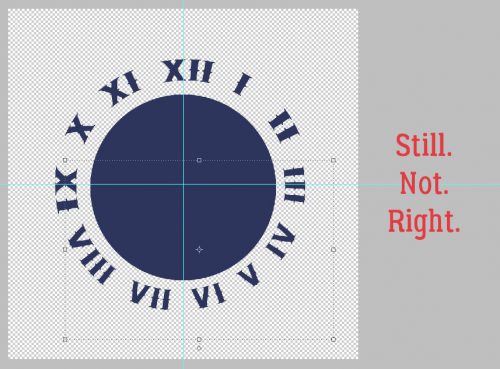 And failed. Again. So I thought, what if I flip the numerals horizontally? 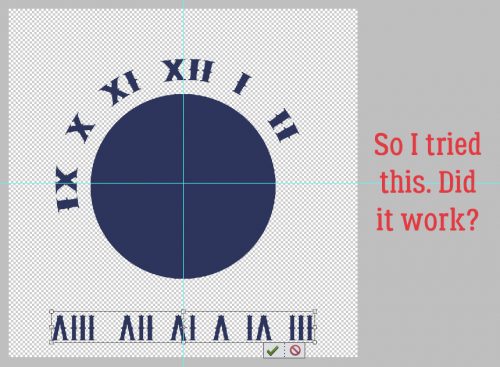 Think it worked? As you can see, the bottom arc is a LOT bigger than the top one, which I did nothing to other than warp it. 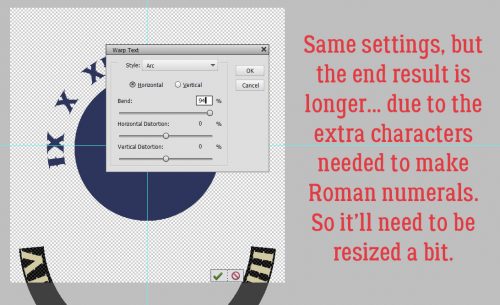 Even after I resized and rotated the two halves to a more correct position, it still was wrong. Even after several more tries to get it right, I still didn’t have it. 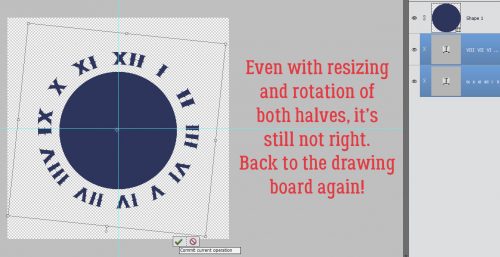 So I took a break. I went to work, spent the day recertifying my special competencies and writing two exams. I put it out of my mind altogether. Then after I got home and had a nice glass of pino grigio to forget the stress of my math exam, I had a EUREKA moment! Maybe I needed to put the characters in reverse order then spin them around 180°. 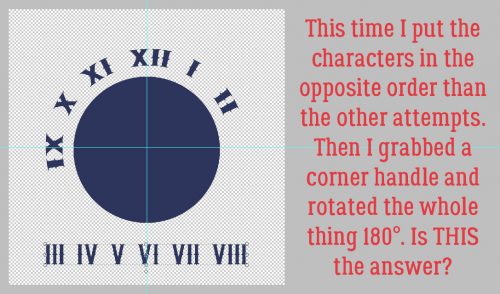 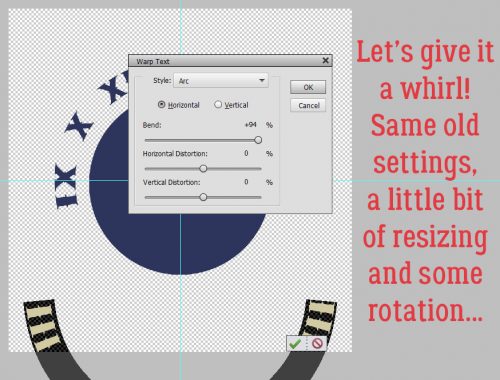 YES!! With some caveats. 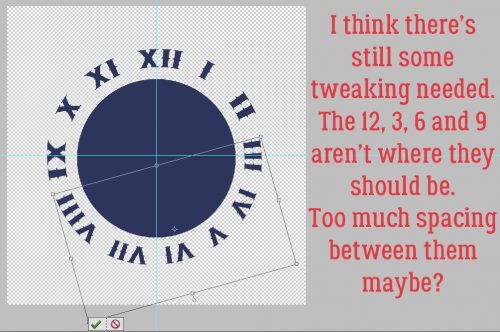 I adjusted the space between some of the numerals and rotated everything a smidge. 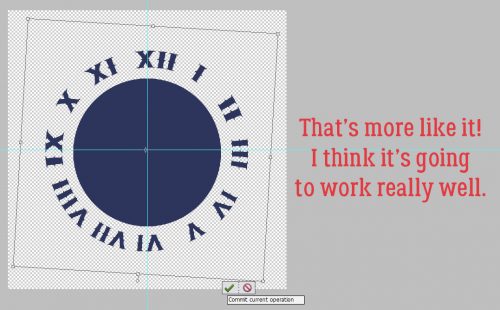 WooHOO! Now I can print it out in the size I want – even if I have to put it on four sheets – and trace them with carbon paper onto my clock. I’m so excited to see it all finished! 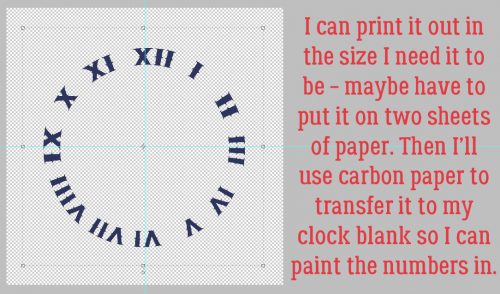 So there’s another way to add some originality to your text!

Filed Under: Be Inspired, Be Pinspired, Creative Style, Let's Get Crafty, Tutorials Tagged With: Tutorial Tuesday